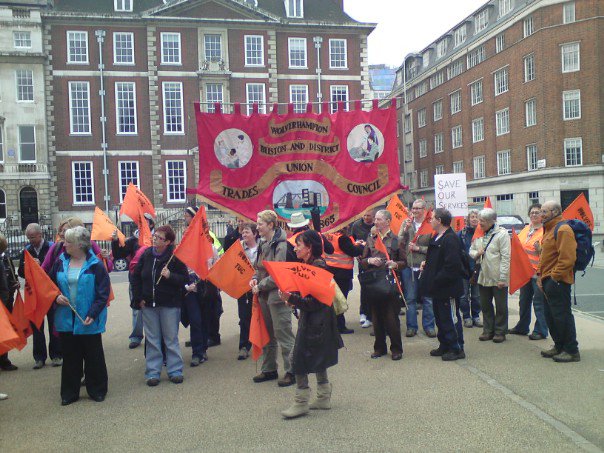 Workers at Wolverhampton City Council face a nervous wait over their futures today, after council bosses announced 2000 jobs are set to go.

Council chiefs are blaming central government cuts to their funding which amount to 52 percent.

Council leader Roger Lawerence said the council was going to lose £147 million over the next 4 years.

He said: “We’ve made no secret of our financial position and these budget proposals are a direct result of the savage cuts central Government is making to our budget.

“No organisation or individual could sustain losing half of their income without having to radically reduce spending.

“We are no different – but when a council reduces its spending that means services people value get cut and jobs are lost.”

Worse maybe still yet to come as the council is set to put forward 205 savings proposals over the next 5 years, totalling £66.7 million, with a further £59 million “still to be identified.”

Cllr Lawerence added: “More job losses are hugely regrettable, not just for the individuals who face losing their livelihoods but also for the city because many of these people live here and spend their money here.”

One the unions representing public sector workers, the GMB said they would meet members to discuss their next move.

Karen Leonard, GMB regional organiser, said: “Today’s announcement of a jobs cull in Wolverhampton due to the cuts is a devastating blow to GMB members, who now face an uncertain future. Jobs and working hours are under threat.

“Those who survive the jobs cull can expect a pay freeze, equating to a real terms pay cut, and an ever increasing work load.

“GMB officers and shop stewards will be meeting with the council to discuss these cuts in order to protect the interests of our members.”

This entry was posted in Uncategorized.